The market gods still hav

e not given us a significant profitable trade ever since December last year(!) In February we decided to hold off, March now has only two trades. The first was a minor winner, the second a minor loser. And for me, there's a clear thing that stands out: stop loss!

Look again at the first trade this month, especially the chart that shows entry and exit. Then compare this with today's trading chart.

In both cases, a long trade was made, anticipating a higher close. And the scenario that was expected looked like it would actually happen. The position went well into a profitable area, and stop-loss was pulled up. But in both cases, towards the end, the market suddenly reversed to the downside. I'm not a particular proponent of keeping a very tight (trailing) stop-loss but at some point, it's enough. Giving back all those gains means something is happening, overall sentiment is changing. This then could very well mean the analysis turned out to be wrong after all.

Sure it's also possible to take profit much sooner, however, make sure it has the right proportion for the amount of risk you have allowed in this trade. Taking small profits and allowing bigger risks usually isn't going to work in the end.

Some additional information to go with the chart: the entry was 3944 with an initial stop at 3929. The stop was pulled up a couple of times with only a few points for each step. Then the reversal came and the market cracked hard through our stop-loss at 3940, leaving only a minor loss. But look where it went....

It is unfortunate that Collective2 does not support a trailing stop-loss order type. And since that's our official record-keeping authority, we have to pull it up by hand. 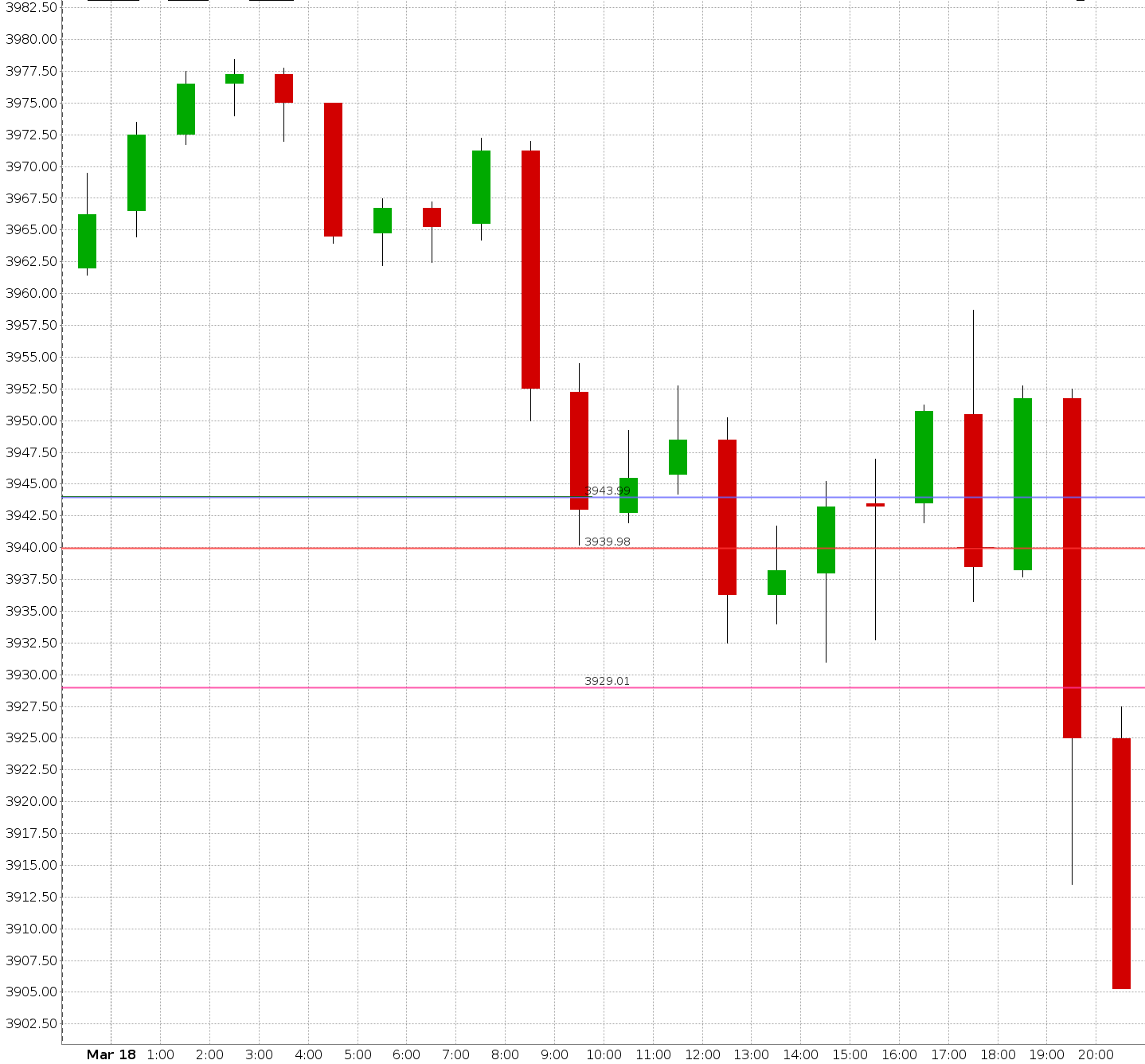