Never complain, never explain. You are a trader. 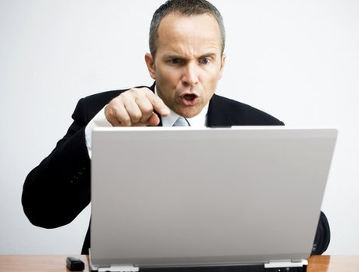 "Never complain, never explain" - it's a well known quote. Famous people have used it, management gurus have used it, too many to accurately determine who initially came up with it. Let's apply this to trading, because trading is probably the ultimate activity where this quote fits extremely well.

How many times have we not witnessed other traders complain about so-called 'unfair' market behavior? Countless times! Just visit any chat forum or some 'social media thing'. Unfair market behavior is always the work of 'them' or 'they' (banks, the FED, the ECB, big hedge funds etc).

If you think about it, traders complaining about the market not being fair, is really strange. Why bother to trade if you think it isn't fair? Regardless whether that claim is true or false, just quit trading, easy. There's another reason why traders shouldn't complain. A trader always has the freedom to act whenever needed. There's no boss to ask for permission, no colleagues to convince, no meeting to set up and come to consensus, there's only you, the trader. This complete freedom also makes perfectly clear that there can be only one person held responsible for all actions taken (or failed to take), again, this is the trader. As long as a trader feels the need to complain, he still has a road ahead in developing the right mentality required to become successful.

'Never explain'  - reads: 'Stop bringing up these lame excuses!' In trading there really is no excuse for failure. First, let's get one thing straight: a losing trade is certainly not by definition a failure(!) The same way a winning trade isn't always due to successful trading. Failure means a trader did not obey the rules he had set, did not execute the plan he made, made too many trades, took more risk than was tolerated etc.

The market does what it does, only representing the constantly shifting balance between greed and fear. As traders we should not even try to understand the fundamental cause, because that may create conditioning that's purely coincidental (like Skinner's superstitious pigeons) and could be totally different the next week. Or the next day

Recommended reading: Does your brain accept randomness?, Science of irrationality, They, them, you, the market.